Online dermatologist: cause, symptoms and treatment

Chickenpox is a classic childhood disease caused by the varicella zoster virus. As contained in the name, the virus is an airborne disease and causes small itchy blisters on the skin. We explain what this disease means, how it develops and what to do about chickenpox.

Chickenpox is a viral infection caused by the varicella zoster virus, which is airborne meaning that it is mostly transmitted through coughs, sneezes and so on. The most visible symptoms are the intensely itchy blisters with the characteristic rash, accompanied by a feeling of illness with fever and pain in the limbs.

Varicella, which most people know as chickenpox, is a virus that is transmitted “by the wind”. How exactly does this work? When a sick person sneezes or coughs, they spread viruses in their immediate environment, which can then cause a person who has not yet contracted chickenpox to become infected.

If a person has already been infected with the virus and has overcome the infection, the immune system has memorized the pathogen and is henceforth immune to it. However, those who have neither been vaccinated nor have been infected, are not protected against the virus. Thus, chickenpox can occur in adults, even at an older age, but this is medically rather rare. If one is infected, it takes between eight days and four weeks until the first symptoms appear. In most cases, the first symptoms appear after two weeks in the form of general symptoms, followed by the itchy blisters.

How do I recognize chickenpox?

At the beginning of the symptoms, there is a certain malaise that lasts about 2 days. After two days, a slight fever of up to 39 degrees Celsius is often added. This is followed by a very itchy skin rash in the form of pustules (small pimples). Usually these begin in the head area and then spread to the trunk and limbs. The pustules develop into blisters that are filled with fluid. The mouth or genitals may also be affected. After the fluid is drained, small dry crusts form from the pustules.

Are you looking for a dermatologist?

What to do in case of infection with varicella?

When experiencing a normal course, it is enough to relieve the discomfort. Thus, bed rest and control of itching are most important. Antihistamines can be used to fight the itching. Locally, a zinc-shake mixture is applied to the affected areas, which dries out the blisters and has a cooling effect. In general, heat and thus provocation of perspiration should be avoided, as both can additionally intensify the itching.

In the case of fever, antipyretics such as paracetamol or ibuprofen, e.g. as a juice for children, can help. Very important: no aspirin (acetylsalicylic acid) should be administered without consulting a pediatrician. It can cause a life-threatening side effect called Reye's syndrome (brain dysfunction).

In addition, the child should not visit institutions such as schools, day care centers, or other community facilities during the illness or even if chickenpox is suspected, to protect other children from infection. Contact with unvaccinated people or people who have not yet contracted chickenpox among family or friends should also be avoided. Pregnant women and immunocompromised individuals in particular should be protected from potential chickenpox infection and should seek medical attention in case of accidental contact. Preventively, there is the possibility of vaccination against chickenpox.

How to protect yourself from chickenpox?

The STIKO recommends basic immunization against chickenpox for all children between 11 months and 17 years. Likewise, women who have not yet contracted varicella and who wish to have children are recommended a booster vaccination. This is because there is a particular risk during pregnancy. The vaccine must be administered twice for complete immunization. There should be a minimum interval of four weeks between the two vaccinations.

Are there changes on your skin? With dermanostic, you can immediately contact a dermatologist via app — you will receive help within 24 hours. 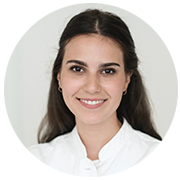